On Preachers Who Incite Violence 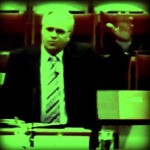 Here are some of my thoughts on the seeming trend with preachers down in North Carolina who have turned to inciting violence to effect change in people. Have you followed the recent hermeneutical gaffs coming from North Carolina? Here’s the lineup: Mr. Worley & Mr. Harris. They have incited a violent reaction toward male children not acting macho enough and even dreamed of fencing off gay people to ensure their extinction. (Wait, did Worley unintentionally admit that he understands homosexuality as genetic and not preference with the fence idea? And gay people are only born from other gay people? Confusing.) This whole thing of preachers inciting violence on the basis of their personal beliefs is extremely problematic from a Christian standpoint, and so weirdly American.

Let’s chat about why it’s so oddly American. Does anyone catch how ironic it is that Mr. Worley is constitutionally protected to freely speak his beliefs even while he asserts the idea that a group of people might be forcibly and illegally interned behind fences, which won’t happen precisely because of their constitutional rights? As he lays out his grand idea for how he’d like to deal with gay people one has to wonder if he’s cognizant of the fact that he’s wasting everyone’s time on an idea that will not ever come to fruition. I’m guessing not. People are free to speak, even their dumbest beliefs and ideas, and even when their dumbest ideas and beliefs can’t become a reality because of the same constitution giving them their speech rights. This is a true American Drama.

But there’s a dark side to the humor of how silly these preachers sound. We can laugh that this pastor is wasting his time and the time of his congregation by expounding on ideas that cannot happen and therefore are not worth consideration, and yet we all know that as a nation we carry a guilty conscience. Did anyone immediately think of the forced interning of Japanese Americans during World War II? I did, and that’s why this drama has such a dark side. Did you think about the forced chemical castrations we have committed against citizens in the past when identified as homosexuals? I did, and these kinds of national memories scare me. We Americans as a mob/nation can be so fearful as to act outside of our constitutional values. We did it before. Might we do it again? And does this man really want that on his conscience?

And then there’s the case of the other preacher, Mr. Harris. He actually had the temerity to encourage physical violence against one’s child. He crossed the line in advocating violence. He wrapped up his own personal ideas of masculinity and what he perceives as an acceptable male role, disguised them as scriptural expectations, and called on fathers to enforce them with violence. “Walk over there and crack that wrist. Give him a good punch.” Yes. He did. But wait… what could be more Americana than the strapping sawmill father who rules the roost with an iron fist and fast flying leather belt? What could be more Americana than depressed, guilt-ridden fathers who are made to feel that they have failed in their one great cosmic duty (to raise heterosexual sons and subdue wives), and so turn to their only two possible balms: booze and beating said sons and wives. It’s sad, but so American it hurts.

Problematic for a Christian, Much Less a Preacher

This is all very problematic for a Christian, especially a Christian Pastor. One simply cannot find Jesus making sexuality a keystone of proclaiming the Kingdom, and therefore these preachers must realize when they are “leaving the map.” In the most memorable cases of when Jesus might have made sexuality an issue (in the cases of two women, one at a well and one about to be stoned… John 4 & John 8), he did not. Indeed, human sexuality is a complex and very present topic throughout our scriptures, and therefore does enter into sermons, but a preacher must ask himself or herself why they have made it a keystone salvation issue and Christian identity issue when Jesus didn’t.  And even when sex and sexuality is a needed conversation from the pulpit, where does this sense of entitlement to meanness and inciting violence come from? Not the Bible. Encouraging fathers to physical violence in the name of Christ is simply despicable. Enjoying fantasies of fencing off the people you don’t like and denying them dignity and joyful existence is sick. This sounds a lot less like preachers fretting over a culture war and more like terrorists plotting their next move.

Hey, I’m a preacher. Can I just say that I get how intoxicating it is to feel an audience vibe? Can I admit that it’s so very tempting to say things that will get an amen, a nod, a smile, an affirmation that I’m ok? I know how Mr. Worley and Mr. Harris both felt that morning. They were on top of the world! They were feeling great. Did it bother them that their personal elevation was effected at the cost of encouraging violence toward children or fantasies of forcibly interning American citizens? It seems not. Did it bother them that they were garnering feelings of affirmation for themselves by inciting feeling of disenfranchisement for others? I guess not. Once you start to get the buzz, the bar tab gets a bit hazy and you just keep ordering drinks without worrying about the cost. These guys might be good teetotalling Baptists who never touch a bottle, but they obviously like the buzz. Preachers need to renounce the buzz. And the next time a preacher says something so amazingly dumb and a friend asks, “Is that dude high?” you can answer, “Yeah, he totally is.”

And to set the record straight, at least from my view of scripture and the role of a pastor, and the message of Jesus Christ: These pastors are definitely not just “defending the Bible”. These pastors are not simply defending their beliefs or taking courageous stands, as cornered supporters like to say. Though constitutionally free and able to make those statements and hold those beliefs, they are not defending a Christian message when advocating physical violence to change a child’s character, identity or sexuality. They are not defending the biblical message of Christ when advocating the forced incarceration of U.S. Citizens based upon their sexuality, even if the pastor is so kind as to suggest dropping food behind the fence for them. If they want to defend the Bible, or in actually have the Bible defend them, then let them take their stand on a beautiful line from St. Paul, “Let your gentleness be evident to all.” (Philippians 4:5) Because you simply don’t fence your neighbor off from life and liberty or crack your son’s wrist with gentleness. Those actions require violence. Those actions are not biblically defensible, nor can they be invoked in defense of biblical things.

Jesus Has Left the Building

I believe that when these preachers go off into their dreams of violence that Jesus catches the bus to the mall. He has left the building. The Jesus who sat in the midst of dropped stones will not be standing up there with the preacher waving his stone from the pulpit. As American as free speech might be, this is not at all Christian when “Christian” means “identifiable with the life, message and meaning of Christ.” When these guys sober up, I hope they get it right.