I Feel No Need to Destroy You

I don’t like what you said. I think your ideas and conclusions are flawed. But, I don’t need to hate you. I don’t need to silence you or destroy you. My ideas are not right by how wrong I make you sound, or by how much I manage to embarrass you. I will simply state with conviction my ideas and beliefs, and I’ll let you do the same.

I’m going to pull up a little reminder from my Civility exercise circa late 2012… for us to think differently, believe differently, and even fundamentally be different people, does not necessitate that you be “destroyed.” You don’t need to be labeled stupid, less, evil or a hypocrite, just because we are dissimilar.

Back in 2012 I said it this way, “An opportunity of civility: One who disagrees with you is not necessarily evil or an enemy.”

Here are a few screenshots of what I’m talking about… 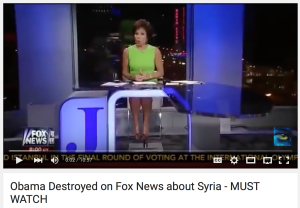 Dang, everyone is being destroyed. Can you guess what verses from scripture this makes me want to quote? Yep…

“For you were called to freedom, brothers and sisters; only do not use your freedom as an opportunity for self-indulgence, but through love become slaves to one another. For the whole law is summed up in a single commandment, “You shall love your neighbor as yourself.”

If, however, you bite and devour one another, take care that you are not consumed by one another.”

It’s a thing these days in social media for someone to be destroying someone else, but doesn’t mean we have to participate. I see it online everyday, and I see the term “destroy” used in religious debates, social debates and political debates. It doesn’t seem to be enough for a person to hold an opinion or a conviction, but there must also be some destruction going on.

The fact is, if I destroy everyone who thinks differently than I do, I become less wise for the effort. I will grow less. I will face fewer challenges, which means I will spend less time reflecting and deepening my cherished ideas. I am simply lessened by destroying (I suppose this really means silencing) people who think differently than I do.

Now, I’m not trying to destroy people who have shared an article lately in which someone was destroyed. I’m asking if we can stop a minute and distance ourselves a bit from the sensationalist wording and headlines? May we also stop and reflect on the need to be so competitive and demeaning in our disagreements? State your convictions. Elaborate on them. Support them. But if you can’t do that without attacking someone else and demeaning them, please consider your ideas and how you formed them. Are they factually based and relevant, or are they simply more of the divisive fighting between “us and them” that we get so much of every day? Are we simply playing a game of who insults and demeans the other the best? I’ll leave that discernment to you.

This entry was posted in Civility, Just Life and tagged Civility, social media.